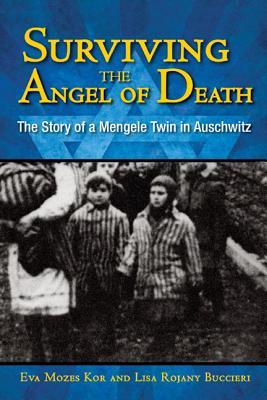 Surviving the Angel of Death: The Story of a Mengele Twin in Auschwitz by Eva Mozes Kor
My rating: 5 of 5 stars

I recieved this book through NetGalley in exchange for an honest review.

This book is phenomenal.

I actually put off reading this book a couple of times, mainly because I wasn’t really in the mood for depressing subjects. Which was a pretty big mistake because while this is a memoir of an Auschwitz survivor, it is one of the most uplifting and inspirational books I’ve read in quite a while.

Eva Moses Kor along with her twin sister, witnessed true evil, barely managing to make it out alive. They went through a hell most will never know, and at such a pivotal time in their young lives. The torture they went through was horrendous, yet it is delivered in such a poetic way, focusing rather on Eva’s drive to survive. As the reader you still feel the sadness for the victims, and the anger towards Hitler, and those who believed his propaganda; we just get reminded that no other persons actions, regardless of the severity can define you.

The brilliant retelling of Eva’s memories into a more youth-friendly read, is a huge part of the success of this book. For the general population (i.e., the non-history buffs) young and old alike, Surviving the Angel of Death shows the unimaginable dehumanisation that Hitler and his Nazis forced upon the Jewish population in a way that is more approachable than we are accustomed to. 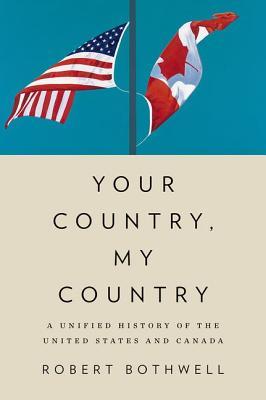 Your Country, My Country: A Unified History of the United States and Canada by Robert Bothwell
My rating: 4 of 5 stars

I love history, I love learning about our past and how we got to be where we are today. I loved history in school and –while it took me longer to read than I want to admit– I loved this book.

The book, which presents the history of our countries, reads much smoother than a textbook and made the history more understandable.

Not only did I learn–possibly relearn– a ton about our histories that I hadn’t known before, but I feel like I’ve understood it better.

This book is a must read for all history (Canadian/American specialties for sure) nerds, and anyone who is weary, but wants to know more.

Definitely wish I could of had this in school.

This is my library.

I have collected quite a few books (both physical and digital) and this is where I will share my thoughts with you.

Not all my reviews will be long, nor will they be perfect, but they will be my opinion and you are welcome to share your thoughts.

I also review and interact on GoodReads.

The Handmaid's Tale
by Margaret Atwood
This is one of my absolute favourite books. I love how strong the main character is. The dystopia that is displayed in the novel is not too far from possibility that it makes imagining the situation easier. I love the multitude of mini p...
tagged: five-stars, dysopia, canadian, read-in-school, and margaret-atwood

A Game of Thrones
by George R.R. Martin
Where do I start? How about how the fact that I had not read this book before. A Game of Thrones is by far one of the best books that I have ever read. The complex dynamics of the Seven Kingdoms and the Free Cites is hard to follow at f...
tagged: five-stars

The Thief of Always
by Clive Barker
I originally read this book when I was in grade seven as part of my English class. I didn't fully understand the book then and didn't really connect with it. I picked it up a few months ago and re-read it. It was amazing how differently ...
tagged: read-in-school and five-stars

Generation A
by Douglas Coupland
I love Douglas Coupland. I think his books are amazing and they have yet to disappoint. Generation A is about a dwindling population. It follows the lives of five young adults who were all stung by bee's in a world where bee's were thoug...
tagged: canadian and five-stars

Fahrenheit 451
by Ray Bradbury
I am so glad that I decided to read this book! I absolutely loved it. I would even say that it is one of my all time favourites. Ray Bradbury was an amazing writer. He captured relearning how to think perfectly. It makes the book so mu...
tagged: dysopia and five-stars

Share book reviews and ratings with Katlynn, and even join a book club on Goodreads.